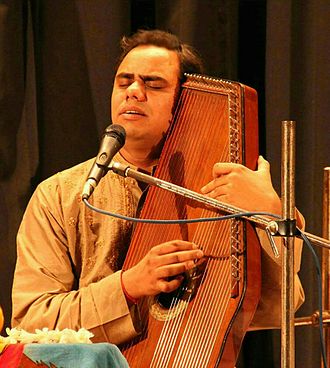 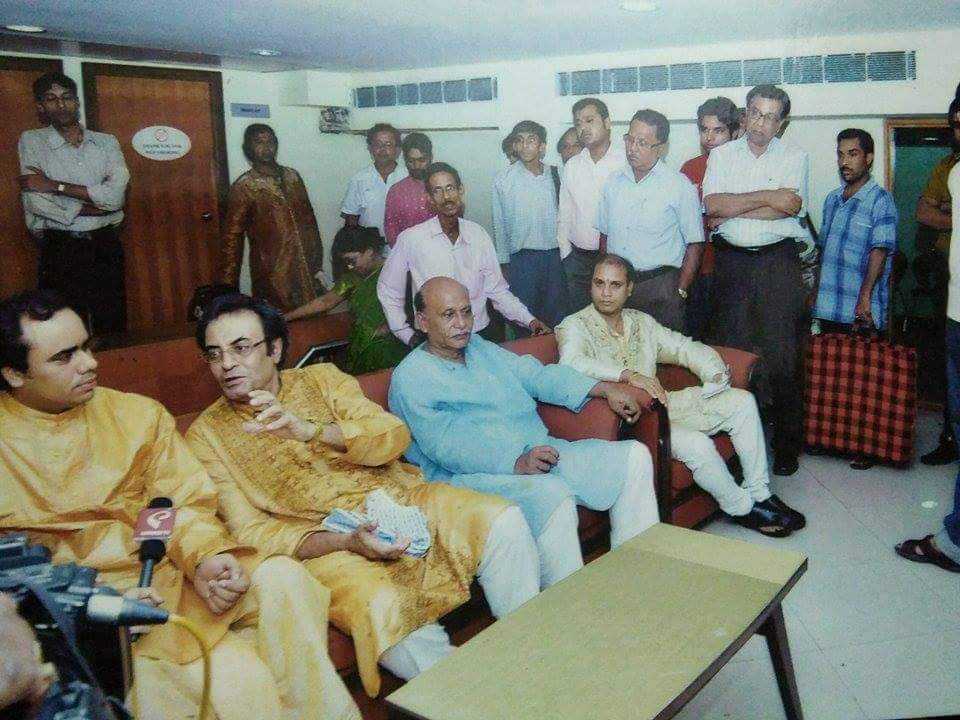 Panditji has been actively working to revive the beauty of medieval 'Kirtans', a lost heritage of our indian classical music. He has mastered the songs of "Geet Govind", a work of poetry and songs by Jayadeva, a highly acclaimed poet of the 12th century. Panditji not only preserves and nurtures these ancient melodies he also performs them in various theaters wherever he goes.

Fascinated by the magic of his voice and the style of his singing, he was honoured from Marseille in France in 2020. In 2018 he was awarded the "Kabi Krishnadas Kabiraj Samman". Panditji has been conducting workshops in various educational institutions in the country and abroad: - Le College des Cordeliers Dinan (Bretagne, France), - Rabindra Maitri University, Islamic University (Dhaka - Bangladesh), - Rabindra Bharati University Calcutta are particularly noteworthy. 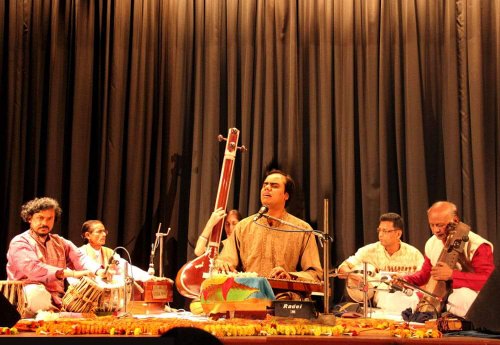 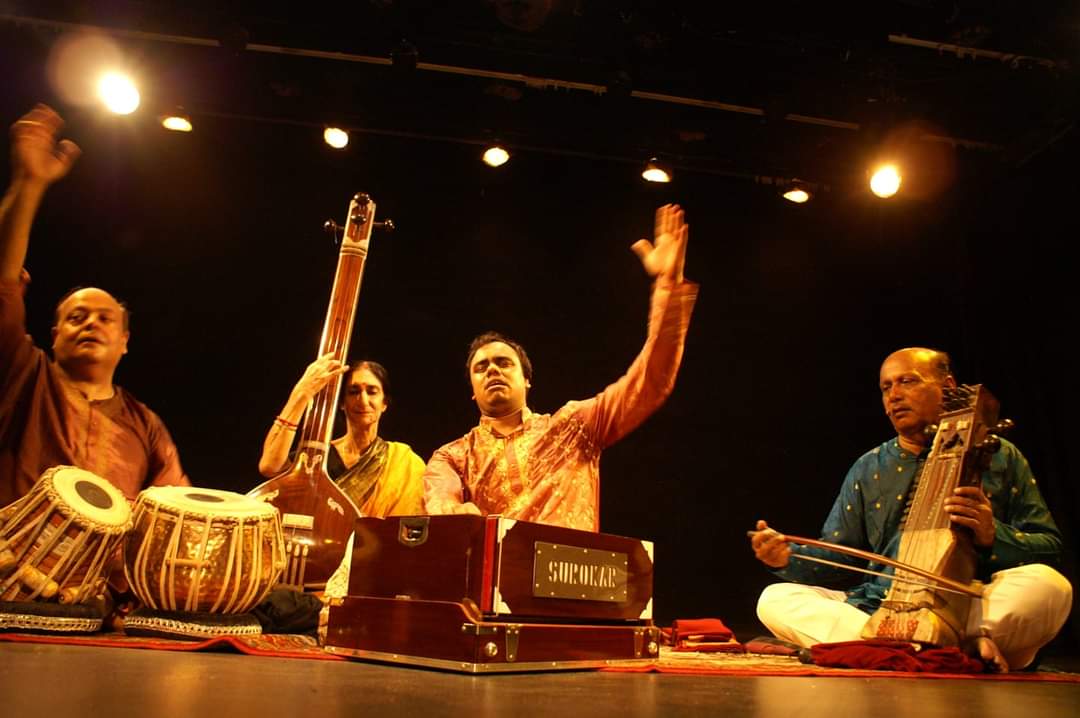 After the concert, sharing moment with Sri Gopalkrishna Gandhi, Governor of West Bengal (2004 to 2009) 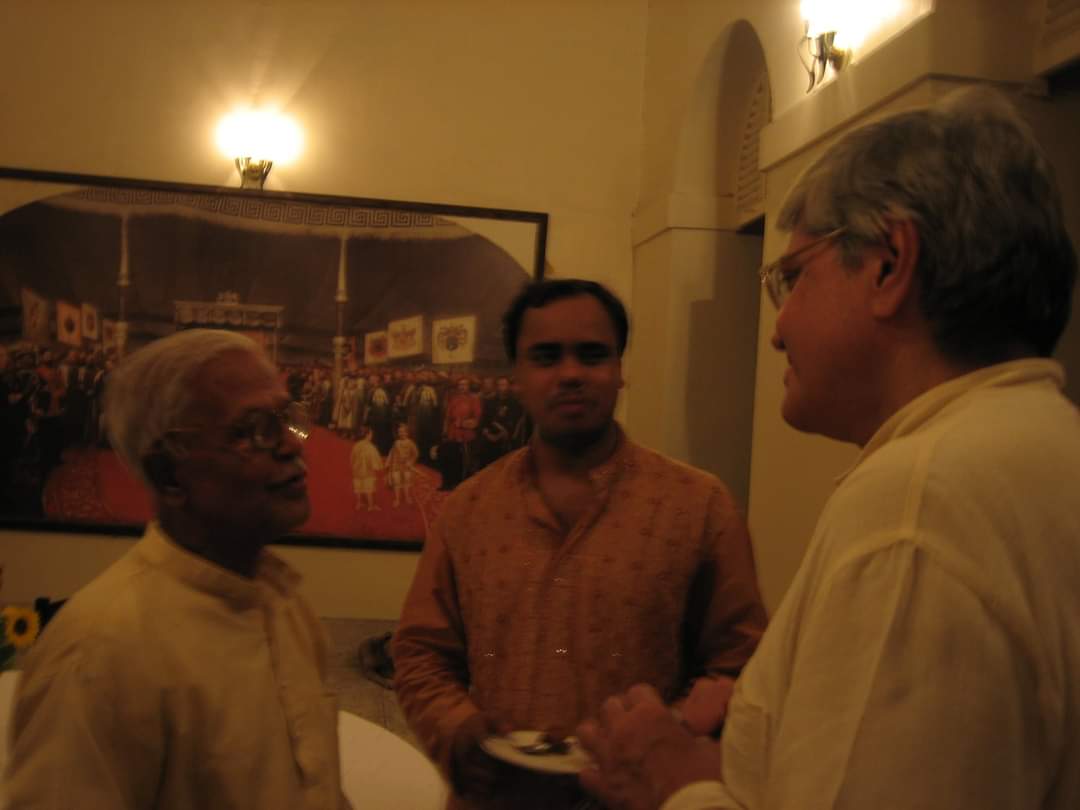 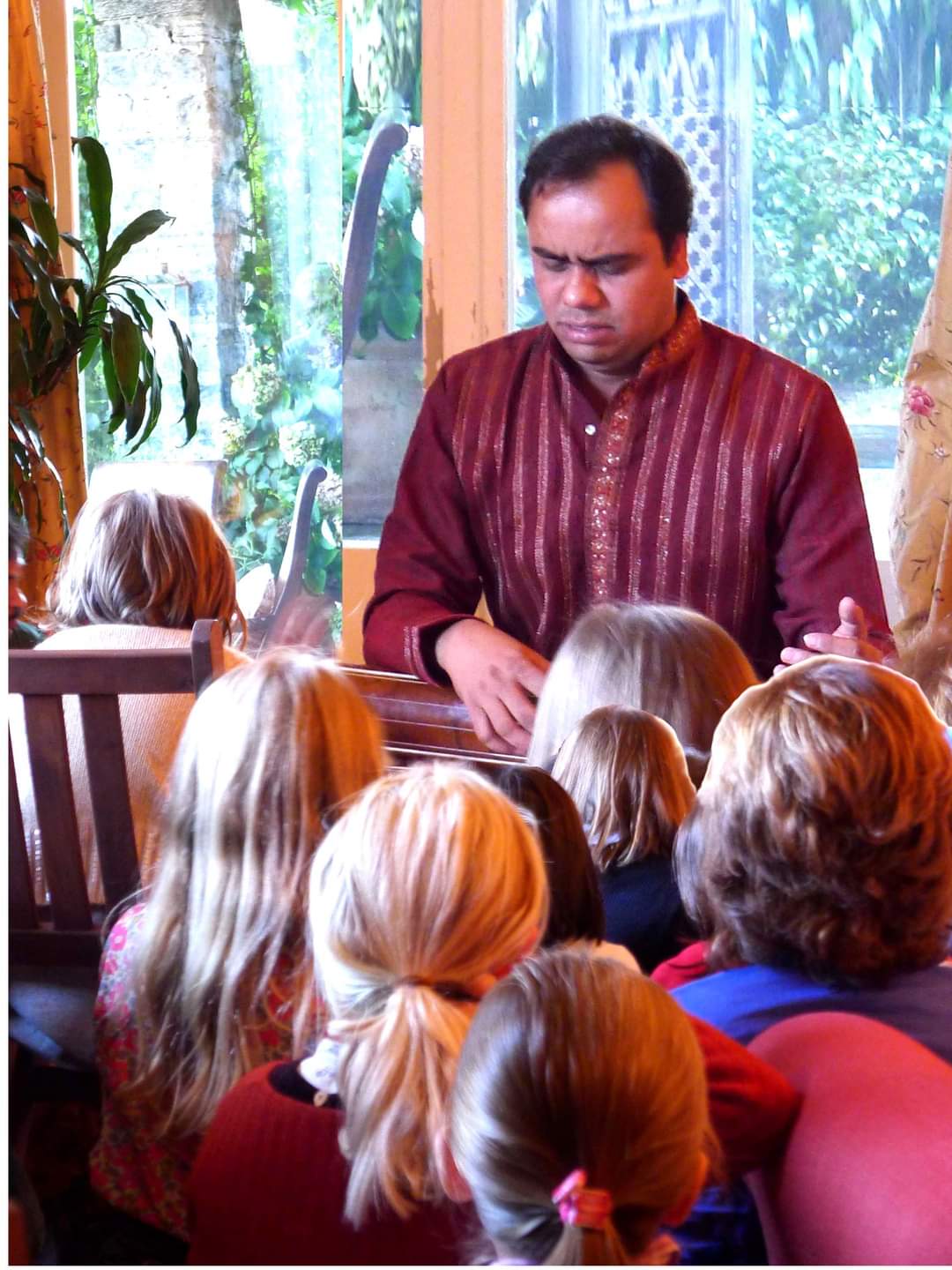 Pandit Shyam Sundar Goswami obtained a scholarship from the French Government and stayed at La Cite Internationale des Arts in Paris, where he researched and worked on songs of the Middle Age, with many musicians from all over the world (flautists, cellists, saxophonists, violinists and others).